It has 3 regions namely emitter, base and collector. The flow of electrons is responsible for the conduction in NPN transistor.

The figure below shows the symbolic representation of the NPN transistor: 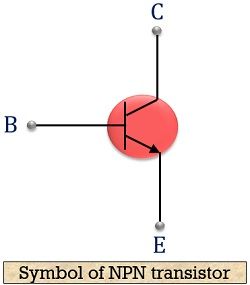 In the symbolic representation, the outward arrow at the emitter terminal clearly shows the direction of flow of current through the device. In NPN transistor the majority carriers are electrons.

The figure below represents the constructional structure of NPN transistor: 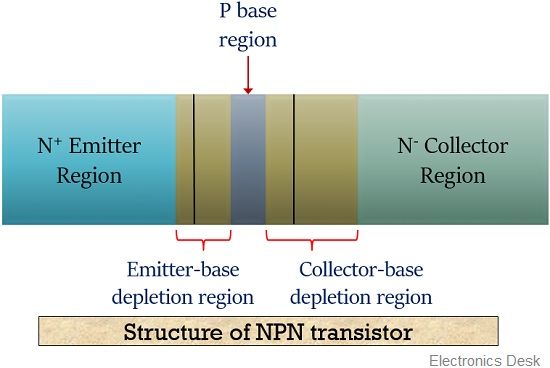 It has basically 3 regions i.e., emitter, base and collector.

When the transistor is not provided with any applied bias or when no battery is connected between its terminals. Then it is said to be the unbiased state of the transistor. We have already discussed how a PN junction diode operates under no biased condition. And we already know that a transistor is formed by two PN junction.

The figure shows the biased condition of NPN transistor:

Due to the forward applied voltage VBE, electrons start injecting into the emitter region. The electrons in this region have sufficient energy by which it overcomes the barrier potential of the emitter-base junction to arrive the base region.

The figure below represents that charge carrier movement in NPN transistor: 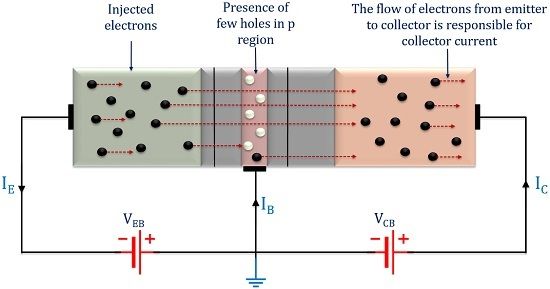 As recombined holes and electrons get separated from each other, the electrons start moving towards collector. Due to this movement, a very small base current also flows through the device. This is the reason why emitter current is the summation of base current and collector current.

The operation of another type of bipolar transistor i.e., PNP is almost similar to NPN transistor. However, the only variation lies in the majority carriers responsible for current flow and the biasing arrangement provided to it.