Now the question arises what assembler directives specifically do?

What is an Assembler?

We know that assembly language is a less complex and programmer-friendly language used to program the processors.

But the microprocessor or microcontrollers are specifically designed in a way that they can only understand machine language.

Thus assembler is used to convert assembly language into machine code so that it can be understood and executed by the processor.

Therefore, to control the generation of machine codes from the assembly language, assembler directives are used.

However, machine codes are only generated for the program that must be provided to the processor and not for assembler directives because they do not belong to the actual program.

The assembler directives given below are used by 8085 and 8086 assemblers:

This directive is used for the purpose of allocating and initializing single or multiple data bytes.

Memory name AREA has three consecutive locations where 30H, 52H and 35H are to be stored. 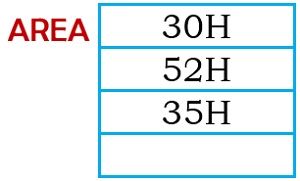 It is used for initialising single or multiple data words (16-bit). 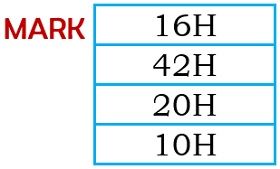 This directive is used at the time of program termination.

It is used to assign any numerical value or constant to the variable.

Shows the beginning of macro along with defining name and parameters.

ENDM indicates the termination of macro. 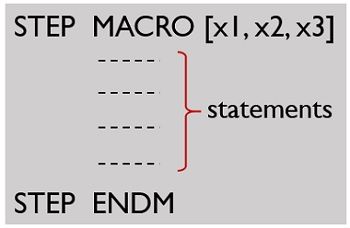 where macroname (STEP) is specified by the user.

This directive is used at the time of assigning starting address for a module or segment.

These assembler directives are specifically used by 8086:

ASSUME: Shows the segment name to the assembler

It provides information to the assembler regarding the name of the program or data segment for that particular segment.

This directive specifies that the instruction of the source program is stored in logical segment _DONE.

This directive allows the initialization of single or multiple data in the form of double words (i.e., 4 bytes). The is used to inform the assembler that the stored data in memory is a double word.

Thus memory stores the given data in the form: 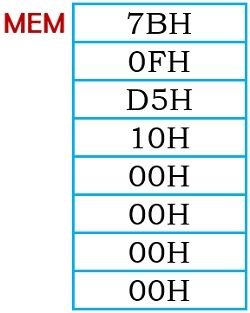 It is used to initialise quad words (8-bytes) either one or more than one. Thereby informing the assembler that the data stored in memory is quad-word.

It is used to allocate and initialize 10 bytes of a variable.

DUP allows initialization of multiple locations and assigning of values to them. This allows storing of repeated characters or variables in different locations.

So this permits the storing of these data in memory and creating 8 identical sets in the memory identified as Book. 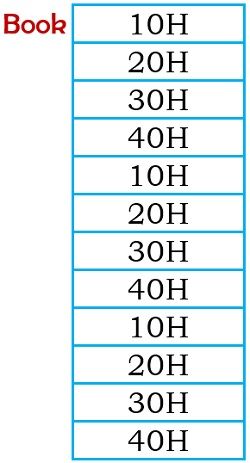 This directive is used to indicate that the operand is of double word size.

It defines the starting of a procedure/subroutine.

FAR: This directive is a type specifier that is used by the assembler to declare intersegment call (i.e., call from different segment).

NEAR: This is used for intrasegment call i.e., a call within the same segment.

This directive shows the termination of a procedure. 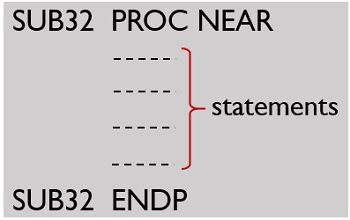 SEGMENT: Beginning of a memory segment.

It is used to show the beginning of a memory segment with a specific name.

This directive defines the termination of a particular memory segment as it is specified by its name. 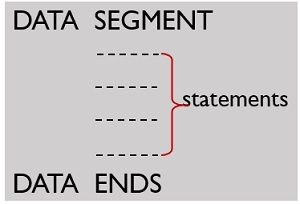 The statements within the segment are nothing but the program code.

EVEN: It is used to inform the assembler to align the data beginning from an even address.

This directive shows information regarding the size of the operand.

This shows legal near jump to BX.

PUBLIC: This directive is used to provide a declaration to variables that are common for different program modules.

STACK: This directive shows the presence of a stack segment.

SHORT: This is used in reference to jump instruction in order to assign a displacement of one byte.

THIS: It is used along with EQU directive for setting the label to either, byte, word or double-word.

So, these assembler directives are used by the processors for controlling the generation of machine code and organization of the program.