Any device on the application of external voltage allows it to behave differently. In electronic circuits, mainly the action of electrons and holes is the result of the behaviour of the device.

Let us now see the contents to be discussed under this article and then we will move further to understand other major differences between the two.

Let us have a look at the representation of forward biasing applied to a PN junction diode: 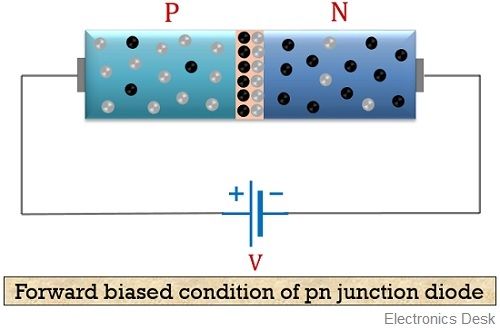 So, when forward biasing is provided to the device as shown above. Then the majority carriers from both sides, i.e., holes from p side and electrons from n side experience a repulsive force from the positive and negative terminal of the battery respectively.

As we already know the Coulomb’s law of physics that like charges repel each other and unlike charges attract each other. So, due to the repulsion from the externally provided supply, the majority carriers gain sufficient energy and overcome the barrier potential. The barrier potential is nothing but a region of neutral atoms that get generated due to temperature difference when no external voltage is provided to it.

Let us have a look at the reverse biased arrangement of a PN junction diode: 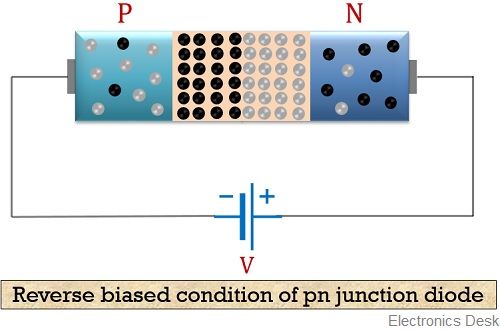 However, the minority carriers in both the regions i.e., electrons in p side and holes in the n side experience repulsion from the battery terminals and move across the junction. Due to this movement, a very small reverse leakage current flows through the device. This current is known as reverse saturation current. As in reverse biased condition, no any current flows due to the majority carriers through the device. Thus, it is said that it behaves like an insulator.

So, from the above discussion, we can conclude that the flow of current through a PN junction device depends on the biasing arrangement provided to it. As various factors show dependency on the arrangement of the external voltage provided to it.