Definition: Directional Coupler is a passive network that is used to measure the microwave power delivered to the load. It is a waveguide with 4-ports which aims at sampling of microwave power.

In a nutshell, directional couplers allow the determination of delivered power to the load from the power actually being transmitted by the source.

The figure below represents the structure of a directional coupler: 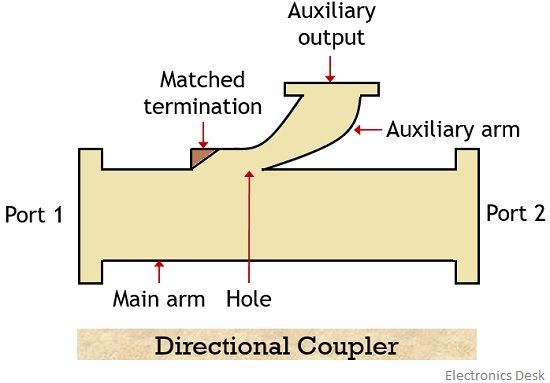 Whenever any transmitting unit transmits a certain amount of power, then for proper application it becomes necessary to have the idea about whether the complete power is received or it is some value lower or higher than the originally transmitted power.

So, for this purpose directional couplers are used.

A two-hole directional coupler is a device in which two connected waveguides have 2 holes present between them. One waveguide is known as primary main waveguide while the other is said to be the auxiliary waveguide.

The figure below represents a two-hole directional coupler having 4 ports: 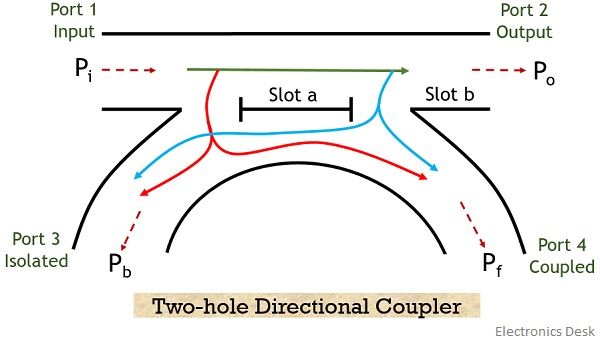 Suppose a microwave signal is to be transmitted from port 1 to 2. As we can see that 2 slots namely ‘a’ and ‘b’ are present over here.

So when the signal is transmitted inside the main waveguide then on passing through slot ‘a’ and part of energy gets radiated towards the auxiliary waveguide. While the rest proceeds towards slot ‘b’.

Further, some part of the wave proceeding towards the output gets radiated towards the auxiliary waveguide again through the second hole.

Therefore, the signal at port 3 due to both the slots cancels each other. Thus the port 3 is generally known as isolated port. Port 1 is the input and port 2 is the output port respectively. While port 4 is considered as a coupled port.

Thus the power at 4 different ports can be specified as

An ideal condition of directional coupler requires the backward power Pb to be 0. Thus the input power gets divided in an equal manner between port 2 and 4.

The 4 fundamental parameters that measure the performance of any directional coupler are as follows:

Thus is given in the form of the ratio of input power to the forward coupled power.

So, the coupling factor denoted as C is given as:

More simply, it is the ratio of forward coupled power to the backward power. Thus is given as:

Thus is given as:

It is denoted by R and is given as:

The noteworthy point over here is that all the parameters of the directional couplers are measured in dB.

As directional couplers are 4-port devices. Thus generally it is given as: 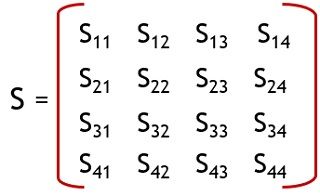 All the four ports of the directional coupler are matched perfectly. Thereby ensuring that no power gets reflected back towards the port.

Thus the diagonal elements will be 0. 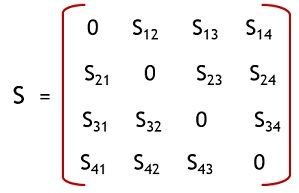 So, the matrix will be given as: 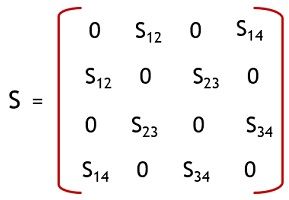 According to the identity property

While the coupled power

Thus the scattering matrix of the directional coupler will be given as: 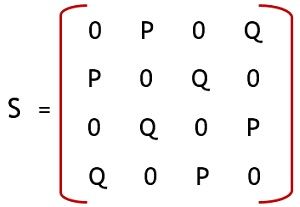 It is used to measure incident and reflected power along with measuring voltage standing wave ratio values. It also provides the path to the signal towards the receiver and used for the purpose of unidirectional wave launching.