Basically in satellite navigation, a number of satellites are used to identify the user’s location by reading out his coordinates relative to the longitude and latitude of the earth.

The word ‘navigation’ corresponds to the process of accurately determining the position of someone or something (like ships, aircraft, spacecraft, etc.) which moves from one place to another. 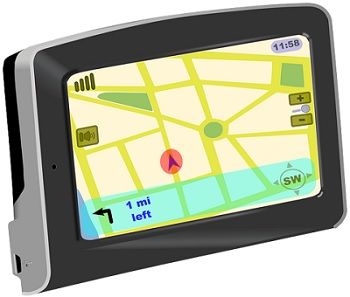 Before the technological advancement in radio communications, the navigation for ships and aircraft was achieved through tracing landmarks on earth’s surface and extraterrestrial objects like the sun, moon, etc. This technique was quite inaccurate and along with this, in bad weather conditions, this method of navigation was leading to cause frequent accidents. The reason behind the accidental disasters was that the pilots were relying on landmarks and maps.

After the advent of radio communications, the problem has been solved to some extent. The technical advancements suggested that if the object itself has the knowledge of its location coordinates then such problems will not occur. Thus, using navigation systems, the users themselves be able to locate its coordinate thereby can have their exact location.

Till now we have discussed that a satnav system is built with the approach by which the satellite receiver can determine its geospatial positioning (corresponds to a particular three-dimensional position on or above the earth) by using various satellites. Now, the question arises, how the satellite navigation occurs? 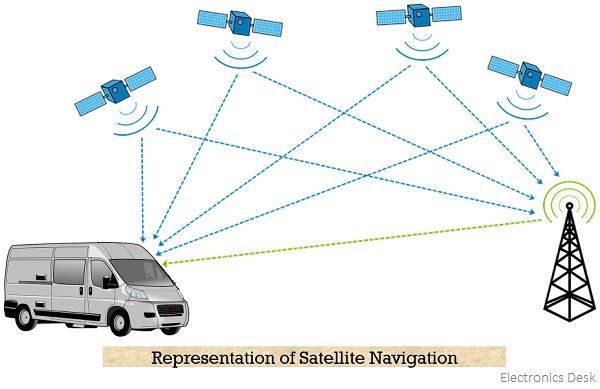 There are a number of satellites that are in operation in space and each satellite emits signals. So, a satellite receiver detects the signals coming from the satellite and then analyses them in a specific manner so as to get their actual current position. Basically, the satellites emit microwave signals having a pulse code. This pulse code contains the information related to the transmitting time along with the current orbital positions of the satellites. Generally, the system must have at least 4 satellites in use that send signals to the satellite receiver to determine the position and time. However, for better accuracy, eight or even more is used for the same.

Once the signal is detected by the satellite receiver then the analysis to get the exact positioning is done. The microwave signals emitted by the satellite generally propagate with nearly the speed of light. The receiver to determine its position performs triangulation by getting signals from the various satellites at the same time. In triangulation, a position is determined by making measurements relative to angles from two locations that are already known.

The major issues associated with building a successful satellite navigation system are as follows:

The above-discussed factors make signal detection quite difficult. While discussing the working, we have considered a general assumption that the signals propagate with the speed of light in a vacuum. This is not exactly true as the earth’s ionosphere does not permit so leading to cause delay in signal arrival. Resultantly, positional errors occur. However, if the signal group delay is known that positional errors can be eliminated but it remains unknown as it depends on space weather conditions.

This means to get the accurate positioning, ionospheric corrections have to be made and to achieve this, billions of dollars have been invested by the government.

Some famous Global Navigation Satellite Systems (GNSS) are discussed below:

The satellite navigation systems are mainly used in various military applications like to deliver weapons to actual targets as well as allowing easy directing and locating of the forces to reduce the chances of foggy war conditions. This service also helps in communicating information and warnings to civilians in case of any emergency. Another crucial use is in road transport and logistics as it helps in determining the unknown locations.