Satellite constellation forms the base of the field of communication and networking. GPS is regarded as one of the best-known constellations which use 24 satellites for navigation purposes. However, at a time active participation of only 4 satellites takes place.

A single satellite in space offering communication services is designed to cover only a specific part of the world. However, in order to meet proper telecommunication requirements, a number of satellites must be used that can combinedly function as a unit and hence complete coverage can be obtained. To achieve complete coverage not only a single but a number of satellites are used which is regarded as a satellite constellation. 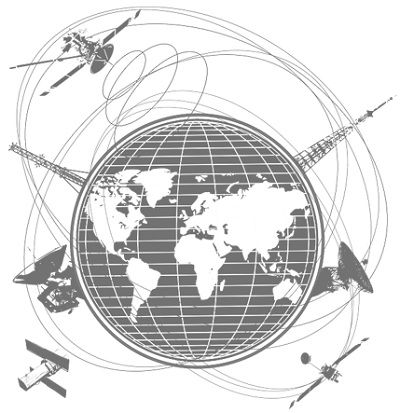 It is to be noted here that the constellation of satellites is generally made using low earth orbit satellites i.e., LEO satellites. Now, the question arises-

We have already discussed in our previous contents, that every space mission consists of three segments namely:

So, here, the space segment is the satellite constellation, the ground segment includes the various ground stations responsible for controlling and monitoring of the events taking place in the space and the user segment that corresponds to the various I/O devices like smartphones, gateway, etc. i.e., the base stations.  Sometimes the term ground terminal is used for the communication devices present at the ground level to combinedly denote the ground and user terminal.

The concept of the satellite constellation came several years ago and this was proved when Iridium and Globalstar came into existence. The use of these satellite constellations has greatly competed with the terrestrial cellular network. But got limited success as their cost of offering services was quite large. This can be understood in a way that during those days the proposed model of satellite constellation was less sustainable because the market was comparatively small and the initial and maintenance costs were quite high.

However, with the advent of technology, various advancements have been included and constellations have become a major asset relative to the field of communication.

When considered LEO constellation there are generally three categories in which data traffic is classified, namely, user data, control data, and telemetry and telecommand data. The control data is exchanged between ground stations and the satellites. The downlink sends the telemetry parameters like status, the configuration of payload, and subsystems. While the uplink receives the commands relative to controlling of mission operations.

The figure below represents a sketch of four logical links in LEO constellation: 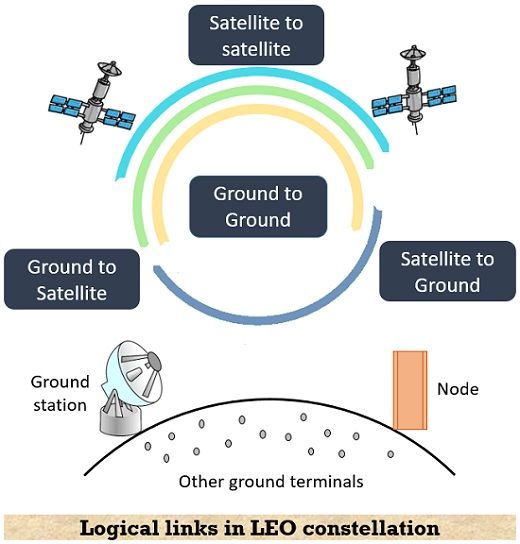 Let us now understand the four logical links illustrated above:

It is to be noted here that the physical and logical links used to establish the network depend on the actual application.

How a satellite constellation system is described? 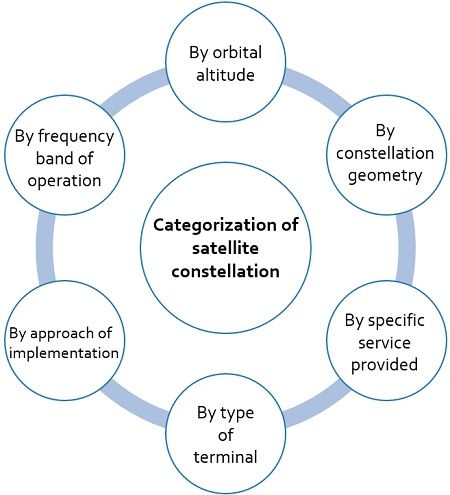 The names of some well-known satellite constellations are as follows:

It is to be noted here that due to the motion of satellite and handover within the system, path delays exist in the network. But satellite constellation considers ground-based and space-based approach with or without the use of complex switching satellites.